An unforgettable visit experience in the heart of Rajasthan.

In ancient times Jalore was known as Jabalipura - named after a saint. The town was also known as Suvarngiri or Songir, the Golden Mount, on which the fort stands. Jalore was the hometown of Jeevant Kunwar, mother of Maharana Pratap (1572–1597). She was the daughter of Akhey Raj Songara. Rathore rulers of Jodhpur used the Jalore fort to safe-keep their treasure. Dungara Ram Choudhary, of IIT-JEE 2002 AIR 1 fame, hails from this hamlet. According to some historical sources, in 8th-9th centuries, one branch of the Gurjara-Pratihara was ruling at Jablipur (Jalore). 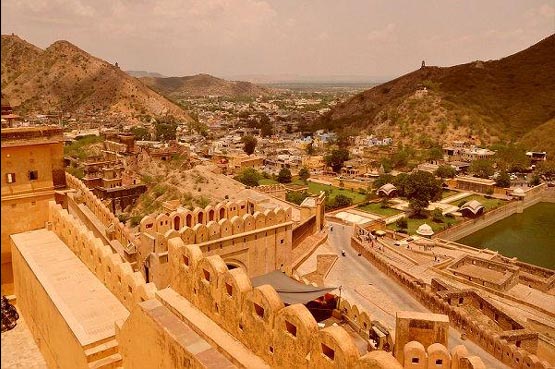 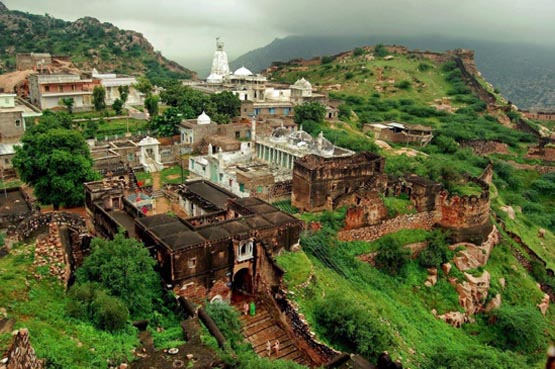 Jalore Fort is the main attraction of Jalore, a town in the Indian state of Rajasthan, one of the nine castles of the Maru, under the Paramaras in the 10th century. It is one of the most famous and impressive forts in the state and has been known through history as the Sonagir or the ‘golden mount’. The mahal or "the residential palace" inside the fort is now desolated, and what is left of it are the ruined symmetrical walls with huge rock formations around it. The cut-stone walls of the fort are still intact at many places. There are some drinking water tanks in the fort. The Fort Mosques The Kila Masjid (Fort Mosque) within the fort is also noteworthy as they demonstrates the widespread influence of the architectural decorations associated with the Gujarati styles of the period (i.e. late 16th century).

Ranakpur Jain temple or Chaturmukha Dharanavihara is a Jain temple at Ranakpur is dedicated to Tirthankara Rishabhanatha. Dharna Shah, a local Jain businessperson, started construction of the temple in the 15th century following a divine vision. The temple honors Adinath, the first Tirthankar of the present half-cycle according to Jain cosmology. The town of Ranakpur and the temple are named after the provincial ruler monarch, Rana Kumbha who supported the construction of the temple. The Ranakpur temple is one of the largest and most important temples of Jain culture. The temple is located in a village of Ranakpur near Sadri town in the Pali district of Rajasthan. The campus includes various temples such as Chaumukha temple, Surya temple, Parsavanth temple and Amba temple. 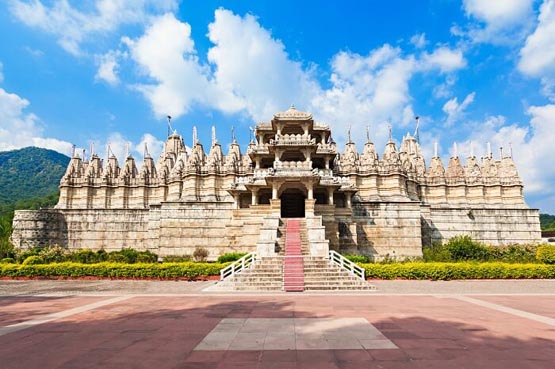 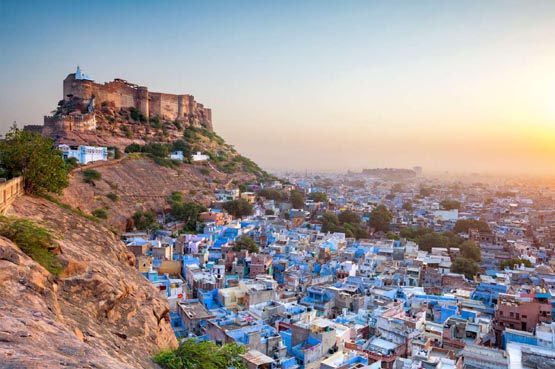 Jodhpur is the second-largest city in the Indian state of Rajasthan and officially the second metropolitan city of the state. It was formerly the seat of a princely state of the same name. Jodhpur has historically been the capital of the kingdom known as Marwar, which is now part of Rajasthan. Jodhpur is a popular tourist destination, featuring many palaces, forts and temples, set in the stark landscape of the Thar Desert. It is popularly known as Blue city and Sun city among people of Rajasthan and all over India. The old city circles the fort and is bounded by a wall with several gates. However, the city has expanded greatly outside the wall over the past several decades. Jodhpur lies near the geographic centre of the Rajasthan state, which makes it a convenient base for travel in a region much frequented by tourists.

Mount Abu is a popular hill station in the Aravalli Range in Sirohi district of Rajasthan state in western India, near the border with Gujarat. The mountain forms a distinct rocky plateau 22 km long by 9 km wide. The highest peak on the mountain is Guru Shikhar at 1,722 m (5,650 ft) above sea level. It is referred to as 'an oasis in the desert' as its heights are home to rivers, lakes, waterfalls and evergreen forests. The nearest train station is Abu Road railway station: 28 km away. The conquest of Mount Abu in 1311 CE by Rao Lumba of Deora-Chauhan dynasty brought to an end the reign of the Parmars and marked the decline of Mount Abu. He shifted the capital city to Chandravati in the plains. After the destruction of Chandravati in 1405, Rao Shasmal made Sirohi his headquarters. Later it was leased by the British government from the then Maharaja of Sirohi for use as the headquarters. 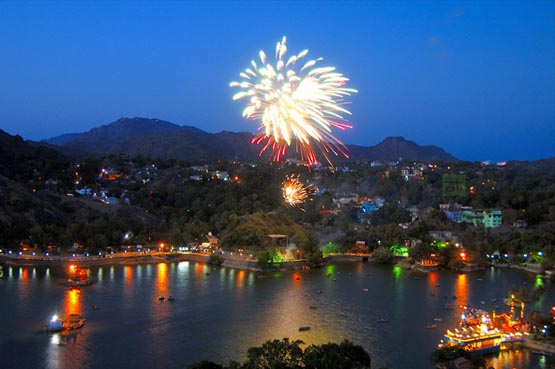 Udaipur, also known as the "City of Lakes", is a city governed by Municipal Corporation which comes under Udaipur Metropolitan Region. It is the historic capital of the kingdom of Mewar in the former Rajputana Agency. It was founded in 1558 by Maharana Udai Singh II of the Sisodia clan of Rajput, when he shifted his capital from the city of Chittorgarh to Udaipur after Chittorgarh was besieged by Akbar. It remained as the capital city till 1818 when it became a British princely state, and thereafter the Mewar province became a part of Rajasthan when India gained independence in 1947.

Sundha Mata temple is a nearly 900-year-old temple of Mother goddess situated on a hilltop called Sundha, located at Longitude 72.367°E and Latitude 24.833°N, in Jalore District of Rajasthan. It is 64 km from Mount Abu and 20 km from the town of Bhinmal. Sundha temple is made up of white marble, the pillars reminds of the art of Abus's Dilwara temple pillars. A very beautiful idol of goddess Chamunda stands under the huge stone. Here Chamunda's head is worshipped. It is said that the trunk of mother Chamunda are established in Korta and legs in Sundarla Pal (Jalore). In front of mother Chamunda a BhurBhuva Swaweshwar Shivling is established. In the main temple a duo idol of Shiva and Parvati Ganesh's idol are considered very old and extinct. 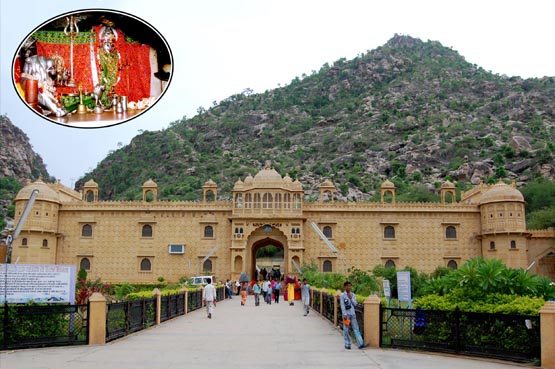 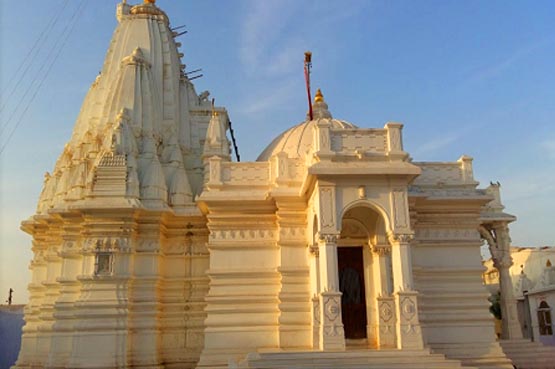 Mandoli is a village in Jalore district of Rajasthan state in India. It is known mainly for the Jain temple dedicated to Guru Shantivijay Surishwarji.The village lies on Jalore-Bhinmal bus route 35 km from Jalore and 5 km from Ramsin. This is a very holy place.

Nakoda ji is one of the famous Jain temple of India.This sacred tirtha is at a distance of 13 km from Balotara Railway station and 1 km from Mewad city. It is situated in the forest in the hills. In this tirtha with a charming natural atmosphere all-around, we have an idol of Mulnayaka Shri Parshvanath Bhagavan. It is black in complexion, 58 cm in height and in Padmasana posture. The idols is extremely charming and miraculous. The miracles of the presiding deity of this spot, Shri Bhairavaji Maharaj are well-known. We have a reference which states that the ancient name of Nakoda was Virampur. It is said that in the third century before the Vikrama era, two brothers, Shri Virasen and Shri Nakoresen raised two villages Virampur and Nakorenagar at a distance of twenty miles. They also get constructed two temples of Shri Chandraprabhu Bhagavan and Shri Suparshva Bhagavan. 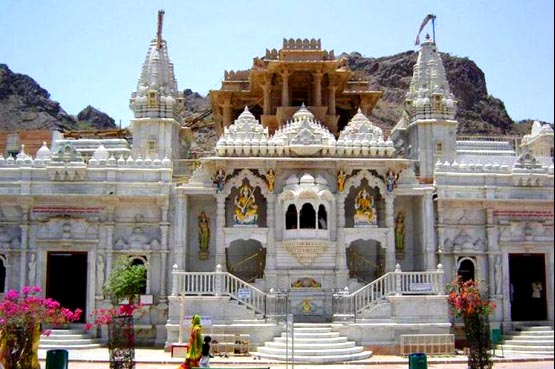 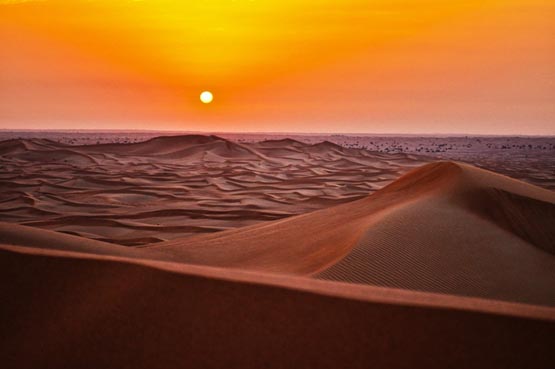 The camel safari, India welcomes you to this land of camels, desert, palaces, folklores, mysteries and charms. “Camel” also known as the 'ship of the desert' the camel is the most popular of all animals in the desert. A camel safari allows the visitor a glimpse of the simplistic villages of Rajasthan and exposes the tourist to the rustic lifestyle of the desert people. The camel safari routes traverse through the Osian desert sand dunes taking the tourist the ancient havelis, temples and abandoned palaces.On the Camel Safari, the tourists are required to gear up for the harsh weather of the desert. The safari is designed to suit travelers all across the globe. The tourists may enjoy the traditional cuisine of Rajasthan and listen to the traditional music. Tourists may also participate in the cultural programs hosted in the deserts of Rajasthan. 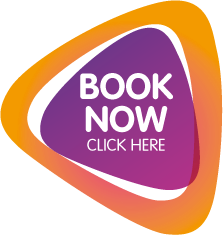